Today we have guest bloggers: Randy & Shelly owner-operators of the charter yacht THREE MOONS, one of our favorites!

Sailing the Spanish Virgin Islands... So Close, Yet So Far Back in Time!

Just six nautical miles to the east of Puerto Rico lies another world, the Spanish Virgin Islands, which some consider the most beautiful cruising grounds in the Caribbean. Made up of the islands of Culebra and Vieques and their surrounding islets and cays, this area is bedecked with white sand beaches, sapphire gin-colored water, hills to climb and reefs to explore. 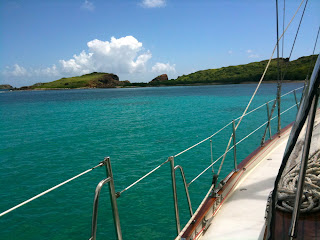 If you are happy away from the crowds and beach bars (seriously, there aren't many of either!) you can easily spend a week in one or two anchorages and be perfectly happy. Depending on the weather, you have many excellent anchorages to choose from. Please note that this sailing area is best during our charter months of May and June. The waters and anchorages can be very rough during the winter months. Although there are many variations on this theme, here's a suggested itinerary for one week departing from Fajardo, a town in the southern part of Puerto Rico. 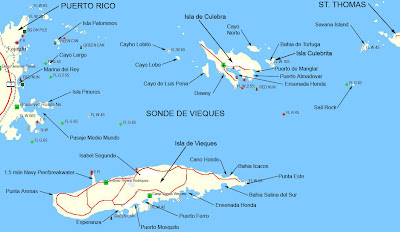 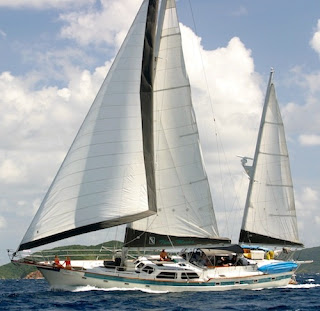 Charter Yacht Three Moons
Crewed Caribbean Yacht Charters & Sailing Vacations in the Virgin Islands
Charter Yacht Three Moons is an owner-operated, 72-foot Irwin ketch with a crew of three. Three Moons is fully air conditioned and has four double cabins with ensuite heads/showers. There's also the possibility of swapping out one of the double cabins for the forward cabin with twin upper/lower bunks, if that is better suited for the make up of your group.

Lots of activities, relaxation, fun, excellent food & hospitality.  Three Moons is definitely one of our favorite charter yachts in the Virgin Islands fleet.